“I know now, Lord, why you utter no answer. You are yourself the answer.” 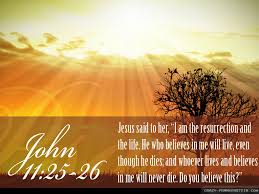 Happy Easter… Let us celebrate, not just for one day, but for a Season & for a Reason — we have found the answer… & the answer is Christ!

Search no longer. Christ is the answer!