The Assumption: All Glory to God, who brings Mary to our Heavenly Homeland!

The Feast of the Assumption – August 15

The commemoration of the death of the Blessed Virgin Mary (the Dormition, or falling asleep, as it was known in the East) is known as the Assumption because of the tradition that her body did not decay but that she was raised up, body and soul, into heaven. This tradition was already present in the sixth century; by the beginning of the twentieth century it was widespread (for details, see this article in the Catholic Encyclopaedia); and after consulting the views of bishops all over the world, the Pope formally and infallibly declared the doctrine of the Assumption to be part of the authentic and ancient doctrine of the universal Church.

Pope Pius XII:  “…All that the holy fathers say refers ultimately to Scripture as a foundation, which gives us the vivid image of the great Mother of God as being closely attached to her divine Son and always sharing his lot. 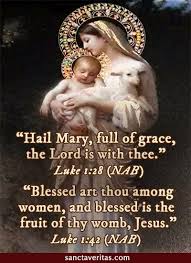 It is important to remember that from the second century onwards the holy fathers have been talking of the Virgin Mary as the new Eve for the new Adam: not equal to him, of course, but closely joined with him in the battle against the enemy, which ended in the triumph over sin and death that had been promised even in Paradise. The glorious resurrection of Christ is essential to this victory and its final prize, but the blessed Virgin’s share in that fight must also have ended in the glorification of her body. For as the Apostle says: When this mortal nature has put on immortality, then the scripture will be fulfilled that says “Death is swallowed up in victory”.

So then, the great Mother of God, so mysteriously united to Jesus Christ from all eternity by the same decree of predestination, immaculately conceived, an intact virgin throughout her divine motherhood, a noble associate of our Redeemer as he defeated sin and its consequences, received, as it were, the final crowning privilege of being preserved from the corruption of the grave and, following her Son in his victory over death, was brought, body and soul, to the highest glory of heaven, to shine as Queen at the right hand of that same Son, the immortal King of Ages.” 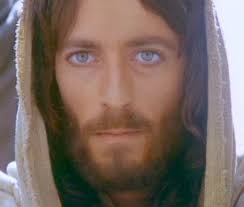 As I have brought My Mother to Me, I wish for you also to be with Me.  Will you follow her example?  Will you do whatever I ask? Will you accept your place as My Father’s adopted son/daughter? The depth of love I have for you is unfathomable. Let My Mother lead you to the Love, the Life, the Happiness I desire for you…
This entry was posted in Catechesis and tagged Catholic, Christian, Dr. Margie Crooks, Jesus, Mary, The Assumption. Bookmark the permalink.
← Why Mary? Feast of Our Lady of Mt. Carmel
Labor Day: A Call to Christians… →